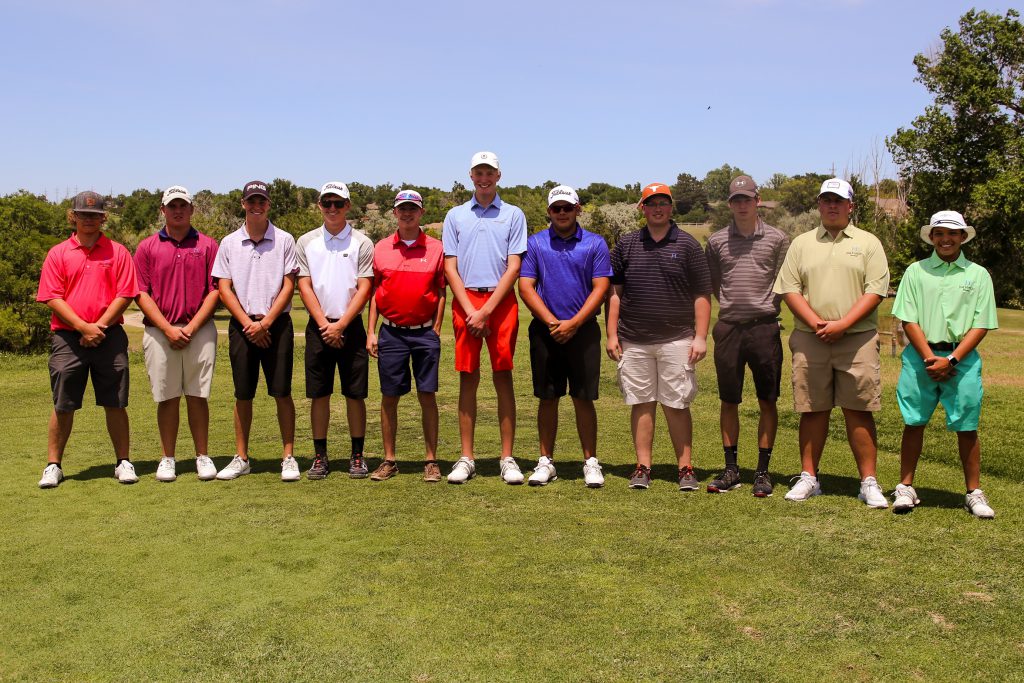 The overall champions of the Jim Hitch Memorial – 47th Annual

Guymon, OK  –  2018 Oklahoma High School Champion  –   Guymon High School
Graduating Senior Greyson Wallace has been selected as the 2018 recipient of
the Jim Thorpe player of the year in Boys Golf in the State of Oklahoma by
the Oklahoma Coaches Association and in partnership with the Oklahoma Sports
Hall of Fame.  Wallace has committed to Wichita State University and will be
honored June 12 at the All Sports and Scholar Athlete awards.

Guymon, Ok  –  In 2015 Alexis Escobedo was only 12 years old and not
eligible for the Jim Hitch Memorial but requested an exception to “play up”
with the older girls.  After the first round she was in the middle of the
pack but showed great poise in the final round and passed the entire field
to become the youngest champion in the 44 year history of the event.  As a
result of her impressive win the Jim Hitch Memorial changed its age policy
to Girls 12 -18.  This year, at 15 years old,  Alexis hovered around the top
of the leader board and became the first girl to win the tournament two
times.  As this year’s Champion Alexis turned in a very consistent
performance in harsh heat and wind conditions posting a 76-74-150.